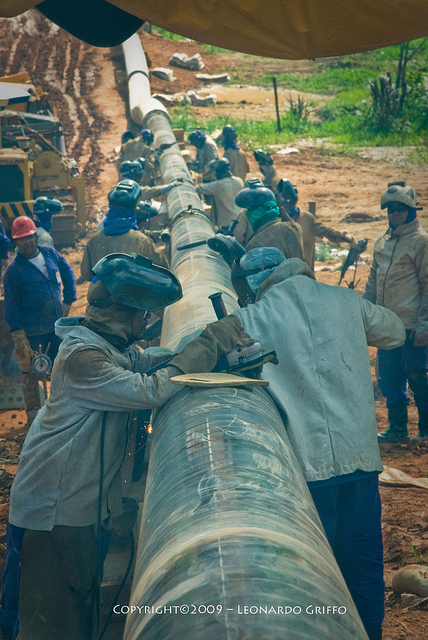 In our last post, we talked about the blue collar opportunities in the green economy. Well, guess what? Green, blue, black, or any other color — it doesn’t matter. There’s skilled trades work to be had throughout the energy industry. Green installations aren’t your thing? No problem. Check out what’s going on in North Dakota.

In the past year, North Dakota had the highest growing economy and lowest unemployment rate in the entire country. The discovery of the oil-filled Bakken shale region, which is estimated to hold between 4 billion and 24 billion barrels of oil, opened up thousands of jobs that companies in the state are scrambling to fill. Oil services companies are hiring thousands of new employees in North Dakota and with just two years of on-the-job training, employees can earn six figures a year! These jobs are mostly in the mining, oil drilling, and logging industries, but the huge surge in population has increased the demand for workers in every profession from construction to truck driving.

Training for most of these jobs are done on site, but there are also lots of programs for all aspects of blue collar work. Training programs have both classroom and field work and a high percentage of graduates are usually sent directly into the work force around the world. If you’re interested in working specifically in the petroleum oil industry, information on what’s it’s like can be found on Oil Job Finder. Looking to break into mining? Check out these programs to get you started.

Employers in North Dakota are looking for people who are willing to work hard and have the certain skill sets that they’re looking for. With the shortage of qualified workers, good hourly wages, lots of opportunity for overtime, and relatively low local cost of living, earnings potentials have never been higher.